There’s a stock market adage “Sell in May and Go Away.” We never Go Away in May. Instead, we stay at home for the Brighton Festival - a Maycation Staycation. The Festival often kicks off with a film + live soundtrack – recent years have included The Battle of Algiers with the Asian Dub Foundation, Run Lola Run with The Bays, and Henry V and Alexander Nevsky with full orchestras. This year’s offering at the Dome was Al Reinhart’s documentary of the US moon missions, accompanied by a live version of Brian Eno’s ambient studio album Apollo. 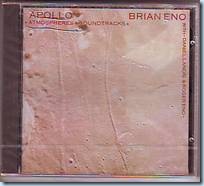 Icebreaker and BJ Cole were onstage to play the re-scored music. BJ Cole? The famed pedal steel guitarist? How come? There is a twangy bit in the middle of Apollo, and Eno revealed in a pre-performance talk that each astronaut was allowed to take one music cassette on mission: all chose country music (except for one, who chose Berlioz). As Eno pointed out, Apollo fittingly includes chord sequences and inspiration taken from country music. Hence BJ Cole. And the event? Al Reinart is the only man to have watched every inch of the NASA film, and it took him two years. Eno described the moon shots as a vanity project - like Concorde, or even the Dome. A peak in technology but lacking a real purpose (other than beating the Soviet Union). 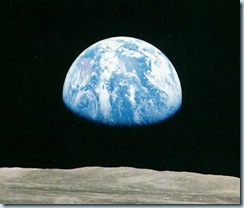 Looking back, it was hard to believe that such hokey-looking technology could have put those guys on the surface of the moon – we are now so accustomed to the sleek materials and form factors of electronic gadgetry that the Apollo kit looked more like cast-offs from Dr Who.

As the Lunar Roving Vehicle apparently did hand-brake turns on the surface of the moon, I was struck that this wasn’t just the ultimate off-road trip, but an off-planet trip. An inter-planetary 500,000 miles to go off-road. Jeremy Clarkson eat your heart out.

Mayday 2010 at the Dome was also a bit historic – after the film, Eno joined the band on stage to perform, for the first time live, four of his songs. He ironically described this as his Heavy Metal Set, but it would be more accurate to say it was an Ambient Song Cycle. One of which, appropriately, was Another Day on Earth.