Get Off the Bus, Gus…


…and walk a bit. And then get on another bus. Get off. And walk some more! Great to see Brighton and Hove Buses supporting active travel, with this bus spotted in Portland Road, Hove. 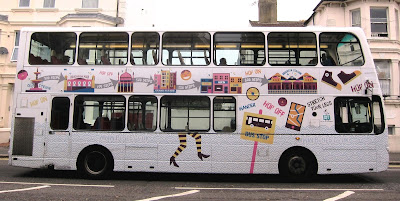 
Sad to read of the death of Heathcote Williams, author of, among other things, the epic anti-car poem Autogeddon, some of which you can read here.

Hard not to love a work that contains the line “Exile on Maim Street.”


The Mayor of London has just published his Transport Strategy: Draft for Public Consultation. It’s a document from which any town or city in the UK, and many further afield, could draw lessons. 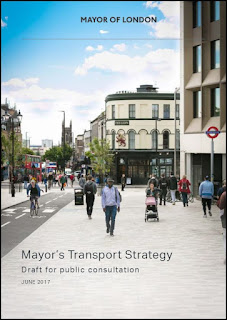 As an example, here’s an extract from the Mayor’s Foreword where I have removed the word ‘London’, so that you can substitute the name of your own town or city where the following appears ******. Remove the word "tube" to make it even more applicable.

“Car dependency has contributed to an increase in poor public health across our city. Streets can often be polluted, congested and dangerous – unwelcoming places to walk or cycle. Tube, rail and bus services can be overcrowded and sometimes unreliable and indirect, meaning there is no appealing alternative to car use for many. And some parts of ****** have been planned around car use for so long that there are no decent alternatives.

To begin to resolve these problems, ****** must become a city where walking, cycling and green public transport become the most appealing and practical choices for many more journeys. These active and sustainable transport choices not only support the health and wellbeing of ******ers, but also the city as a whole by reducing congestion and providing the most efficient use of valuable street space.”

Use the link above to get to a summary report, or download the whole thing.
Posted by Stephen at 09:25 No comments: 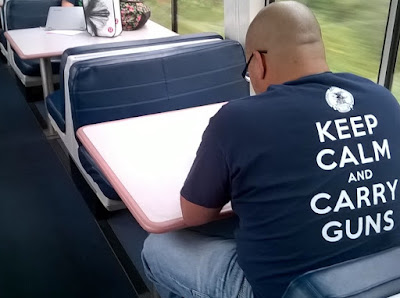 No, not Donald Trump, but, on a related topic, this t-shirt, seen in the lounge car of the California Zephyr westbound from Chicago this summer. Not only has the National Rifle Association appropriated the great British ‘Keep Calm’ meme, but they have transformed it into a gun-supporting slogan. And then, as if that wasn’t enough, not just carry a gun, but guns, plural. How many guns can each of us carry? And how can there ever be enough? Keep calm? I don’t think so….
Posted by Stephen at 07:12 No comments:

“The Revolution…Will Not Be Driverless”


Amid all the hype about autonomous/self-driving cars, here’s a corrective from Christian Wolmar, writing in the New Statesmen. As Wolmar says, the danger is that seeing driver-free cars as a panacea risks diverting attention from the urgent task of improving public transport…and getting people out of their cars. Which would be better for all of us.
Posted by Stephen at 01:11 2 comments: 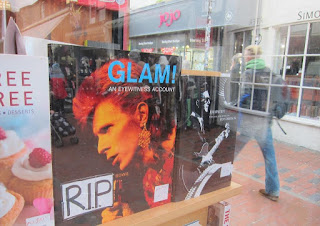 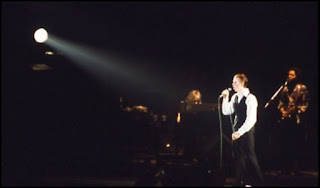